Thea and I spent the evening of the eighth with the Kitto's at their cottage in The Lindis. Geoff and Andy also hosted me at Kaka Point at the start of my ride two weeks earlier.

There was a hard enough frost overnight that the water supply to the cottage and our camper van were both frozen by morning. There was however no permanent damage I am aware of. I left first the next morning via my bike so that I could get a few kilometres in before Thea caught up to me again. She caught me before I reached the top of the Lindis Pass but given I had peddled most of the way up, I peddled on a bit further so than I could enjoy the ride coming down the other side. 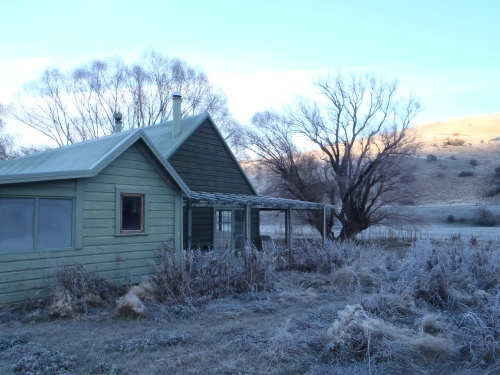 Frost on their chopper as well 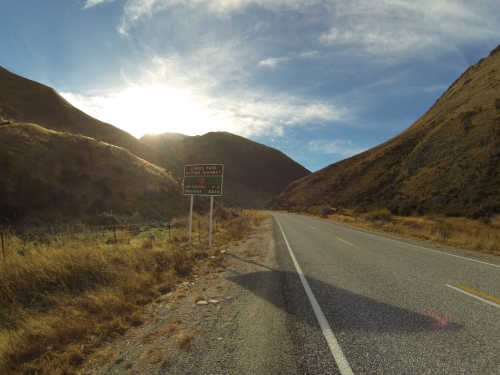 Road up the Lindis Pass 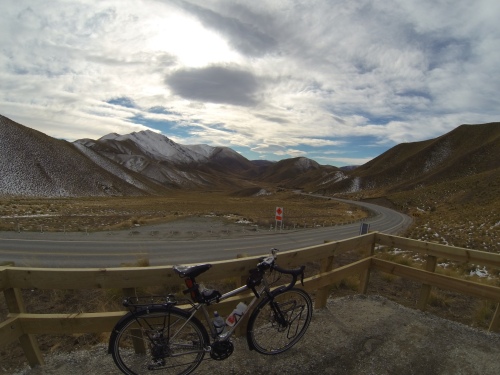 From the lookout at the top of the pass